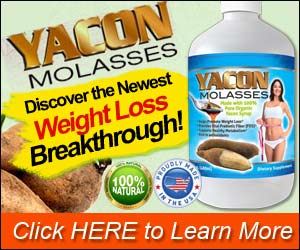 Yacon Molasses Review – The Benefits You Must Know About!

It is really positive and encouraging that people are becoming more aware of the importance of their health and that they demand better and better health products. Thanks to this encouragingly positive trend and the innovative technology, there are more options and opportunities to address health concerns. One of the supplements that has gained momentum recently is Yacon and various products derived from it. This is why I decided to do a Yacon Molasses review so people could know the benefits of it.

Since Yacon is low in the glyemic index and a natural sweetener, it is extremely beneficial for people who want to lower their sugar intake. Foods that are high in the glycemic index, such as processed sugars increase blood sugar levels rapidly and that in turn spikes insulin. So if you are looking to keep your blood sugar stable then you can start using it to replace sugar. You can use it as a sweetener in various recipes or you can eat it right from a teaspoon.

Another benefit of Yacon Molasses is that is helps digestion. If you happen to suffer from regular constipation then you could really benefit from adding it to your diet. The reason why it helps with constipation is because it is high in fructooligosaccharides, which are prebiotics. Prebiotics are basically food for the beneficial gut bacteria. On top of that it has been proven that it also aids regular waste elimination from the body. Instead of taking expensive drugs with dangerous side effects, you could just take a teaspoon of Yacon Molasses a day and get rid of constipation.

It also improves cholesterol and prevents the accumulation of fat in the liver. A combination of yacon and silymarin has been shown to improve the levels of cholesterol and blood sugar in patients with diagnosed metabolic syndrome.

It has also been shown that improve the absorption of calcium and magnesium, which are crucial minerals for increasing bone density. Elderly people who suffer from osteoporosis could really benefit from it as well. Additional benefits are the improved elimination of toxins, production of healthy short chained fatty acids and the elimination of harmful gut bacteria.

It might seem that this is some sort of a miracle supplement. The truth is that it is really not. The body needs vital minerals, vitamins and nutrients to function properly. If the body gets the nutrient it needs then it functions better and a person becomes healthier. There are lots essential nutrients that are missing in our diets and that are causing so many health problems. By providing our bodies with nutrient-rich foods and supplements, we become healthier. If just one supplement can make such a big difference then you can only imagine what a bigger dietary change can make.

This was my short Yacon Molasses review and hopefully it was helpful. The main thing is to understand the importance of nutrients in terms of health. Simple dietary changes, such as regular consumption of yacon syrup or molasses, can make a significant difference.